Over the past three months, allegations have been levied against the Singapore startup Fincy surrounding the use of the Fincy app in the Yatai City smart city project in Shwe Kokko, Myanmar. These allegations came from a number of sources, including independent institutions and media publications. Fincy recently addressed these allegations in a letter written by the company’s CEO in which he categorically refuted the claims made, cleared up factual inaccuracies, and reiterated his company’s zero-tolerance approach to illegal activity.

Yatai City sits on a tract of land on the Myanmar border with Thailand. Planned as a US$15 billion smart city and hi-tech hub, the project is expected to be completed in 2027. A vast majority of the land is still an active construction site.

Fincy’s involvement in Yatai City began in March 2020 when it was given the opportunity to pilot its app for the city’s residents and businesses. The startup saw it as a great chance to test its contactless payment system and payroll disbursement feature for foreign and domestic workers during the unprecedented COVID-19 pandemic. Fincy shared that Yatai City signed an MoU to exclusively promote Fincy as a payment and payroll disbursement provider in Yatai City. The company also noted that other payment providers were in use in Yatai City prior to the MoU and are still in use today.

The allegations against Fincy and its involvement in Yatai City were first levied in an article published on July 7th, 2020 in an article by Frontier Myanmar entitled “The mystery man behind the Shwe Kokko project”. On July 30th, 2020, the United States Institute of Peace (USIP) published an article entitled “Myanmar: Casino Cities Run on Blockchain Threaten Nation’s Sovereignty”, which was followed up by another article on August 6th, 2020 entitled “The Dangers of Myanmar’s Ungoverned Casino Cities”. The South China Morning Post then published an article on September 27th, 2020 entitled “Could Chinese Investments cost Suu Kyi the Myanmar election?”

Other articles followed. Some reiterated the allegations without fact-checking or reaching out to the startup. Others took a more measured approach and contacted Fincy for clarification, however the subsequent articles still did not accurately represent the facts.

The central tenor of all of the articles alleged that the Fincy app was being used in Yatai City to deliberately circumvent the financial laws of Myanmar and, in effect, facilitate money laundering and illegal gambling.

Specifically, allegations were made that: a) Fincy is either wholly or partly involved in money laundering activities, b) Fincy used its technology to circumvent Myanmar’s financial laws, c) Fincy is enabling “armed actors” to scale up their illicit financial dealings, d) Fincy could irreparably damage Myanmar’s banking system, e) Yatai City relies on Fincy to prevent law enforcement from tracking financial transactions, f) Fincy is “too light” in management and leadership.

Fincy maintains that while it takes these allegations very seriously, each of them is categorically untrue. The startup has never been involved in money laundering activities, never attempted to use its technology to circumvent Myanmar’s financial laws, never enabled “armed actors” to scale up their illicit financial dealings, never attempted to irreparably damage Myanmar’s banking system, and never prevented law enforcement from tracking financial transactions.

In terms of being too “light” in management and leadership, Fincy points out that from a commercial and venture-building perspective, the core team wanted to maintain oversight and responsibility over each additional entity created within the Fincy ecosystem. This was to take advantage of the founders’ deep entrepreneurial background, history of brand building, regional network, and skill sets. And because each corporate entity enriches the Fincy ecosystem, there is no concern that the dilution of time spent by the core team will impact the platform as a whole. Any potential conflicts of interest have already been addressed in the startup’s licensing applications and reviewed by relevant regulators. Fincy remains steadfast in its goal to obtain the necessary licenses in all of the jurisdictions in which it operates and has so far made significant progress working in tandem with regulators.

There were also a number of factual inaccuracies propagated by the media, namely that: a) Blockchain is designed to hide transactions from financial authorities, b) Fincy is built solely upon BCB Blockchain, c) Fincy is building or supporting in-app online gambling applications, d) Fincy is sharing an office in Singapore with a company owned by the founder of Yatai IHG (Yatai International Holding Group), e) BCB and Yatai IHG created Fincy.

Fincy shared that distributed ledger technology such as blockchain is designed to be transparent; that the BCB blockchain is only one of the distributed ledgers that Fincy integrates with; that Fincy has at no point been involved in the recruitment of staff for the development of online gambling applications, nor has it developed or will develop in-app online gambling applications; that Fincy is not sharing an office with a company owned by the founder of YIHG or anyone from YIHG; and that Fincy is wholly owned by GBCI Ventures Pte. Ltd. (GBCI Ventures Pte. Ltd. is not owned in part or in whole by BCB or Yatai IHG).

Fincy began the process of closing down the accounts of businesses and individuals in Yatai City on October 7th, 2020. All funds held by these closed accounts in the Fincy app will be returned via other payment providers already operating in the city. Fincy maintains its zero-tolerance approach to any and all illegal activity and will work closely with local authorities to investigate the previous use of the Fincy app in Yatai City.

Fincy remains committed in its efforts to obtain the necessary licenses in Myanmar. Beyond its discussions with a select number of local banks on a joint venture, the startup is directly engaging with the Central Bank of Myanmar with regards to the licences required to conduct its activities in the country.

With its existing licences in Cambodia and ongoing pilot in Singapore under the Monetary Authority of Singapore (MAS) exempt period (and subsequent application for a Major Payment Institution license), the startup says it will continue to provide secure and transparent financial services. 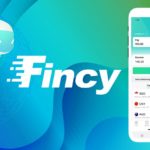