When Johary Mustapha initiated his very own start-up in the mid-2000’s, he faced a slew of detractors and regulatory hurdles that had made him question whether he was on the right path.

But through dedication and perseverance, he has transformed Forest Interactive as one of Malaysia’s most established mobile app developers. Today, the company is seeking to use its global experience in start-ups to nurture a new generation of tech entrepreneurs, with help from the Malaysia Digital Economy Corporation (MDEC).

With 87 percent in internet connectivity and a 70 percent smartphone penetration rate, it is little wonder that Malaysia has been spearheading the growth of the Asia-Pacific’s mobile apps market.

As more people are switching to their phones to connect to others and consume content, businesses and institutions alike have been investing into mobile development to align their advertising and outreach strategies with modern audiences.

Forest Interactive has been leading the Malaysian mobile app development ecosystem and, for more than decade, has been showcasing how homegrown solutions can stand toe-to-toe with global competitors.

Possessing a talented local team that is supported by a diverse multinational culture, the company has expanded its mobile technology footprint from Manila to the Silicon Valley. Currently, the company possesses seven mobile solution brands and three value-added services. It is also a trusted partner of 93 mobile operators which are connected to some 2.9 billion subscribers spread across 36 countries.

Today, Forest Interactive and the Malaysia Digital Economy Corporation (MDEC) are working together to power the ingenuity of home-grown innovation and talent on the international stage.

Weathering the storm of growth to disprove doubters

Having previously worked within media broadcasting and government circles, Johary Mustapha never imagined that he would establish his own company, and even less so that his success would come from the mobile tech ecosystem. He was quite comfortable working for others; working hard and putting in the required 12-hour shifts.

However, this changed due to a challenge thrown to him by a Dutch firm to develop a messaging system for a TV game show in the Netherlands. Although he had some experience in IT and programming, Johary remained hesitant at first – especially as he had to figure out how to go about it on his own.

Despite recommending that they instead engage the company Johary was working for then, the Dutch firm remained adamant that he took on the project independently. He eventually agreed to do it and so decided to bring in his developer friend to get things going.

Not long afterwards, however, Johary and his partner realised that they really did need a company to do the work – leading to them to form Forest Interactive in 2006.

But the tech start-up ecosystem in Malaysia at the time was still nascent, and as such Johary’s decision to leave his old job to start a company had raised more than a few eyebrows within his networks.

“In those days, there were no such things as ‘start-ups’. So, if you were to form such a company and then tell people about it, they’d ask you if you’re crazy”, said Johary. “But things have changed since then – now they’d say that what I’m doing is cool.”

Despite the challenges and a timeframe of just a few months, Forest Interactive managed to successfully deliver on their project. After getting paid, Johary decided to slowly grow his team and find out what sort of other work they could find for the company.

Yet the growing pains had only just begun for the fledgling company. In addition to the changing mobile tech landscape, Johary found it difficult to secure loans from established local investors due to the company not being public listed, held relatively low paid-up capital and had a small team. He thus had to resort to taking out multiple smaller loans to keep his young business afloat.

Nevertheless, Johary saw how IT was gaining a more prominent role in the national economy. Coupling this with the advent of the smartphone in the late 2000s, Forest Interactive took the risk to shift Forest Interactive’s operations to IT and mobile.

“We decided to focus on working with mobile operators and introduce services that they, in turn, can market to their own consumers. So, it was sort of a B2B2C (business-to-business-consumer) model.”

Having found the right model to grow Forest Interactive’s business in Malaysia, Johary then set his eyes on overseas expansion.

Forest Interactive’s initial foray abroad began in Indonesia, which Johary noted is one of the most cutthroat mobile app markets out there. “It’s not like in Malaysia where you can now establish a two-dollar company within a day. Over there it takes around a month.”

After establishing a foothold there, Forest Interactive ramped up its Asian expansion to enter the Philippines, Thailand, Vietnam and Taiwan.

Additionally, just last year, the company decided to venture beyond the Asia-Pacific and to South Asia (namely India, Pakistan and Bangladesh) and then the United Arab Emirates). That same year, the company established a physical presence in the Americas – beginning with the US and then in Peru.

However, Forest Interactive’s journey is far from over, as the company is planning to reach another 10 countries within the next two years.

While expanding globally is just one part of Forest Interactive’s strategy to position itself as an international tech company, Johary believes that this internationality should be reflected in its workforce.

“To be an international tech company, you need to have a multinational culture. We didn’t get that with an all-local team, which I think contributed to our early stagnation”.

Johary noted that MDEC’s assistance was particularly useful in helping them bring in foreign knowledge workers. For him, this was in no way intended to undermine local talents, but rather that he believed a mixing of cultures would be beneficial to the company’s sustainable growth.

From starting out as a three-man team in 2006, the company has grown to 130 people which comprises a mix of local and foreign talents. Johary stressed the importance of cultivating diversity to help with the sharing of different experiences and skills to grow the company’s talent base. Today, around 17 percent of its staff are foreigners from 12 countries.

At the same time, Johary explained that the composition of locals and foreigners in his staff meant that his Malaysian workers did not need to go abroad to work in an international environment. Nevertheless, Johary saw how new experiences can help add more value for his Malaysian staff, and therefore regularly organises trips to Forest Interactive’s other global offices.

Forest Interactive’s relationship with MDEC began when the company acquired its MSC status, which allowed it the opportunity to increase its share of foreign workers due to the incentives that the certification provides.

Regarding the Global Acceleration and Innovation (GAIN) programme, Johary considered it as having really helped Forest Interactive raise its profile as a mobile game publisher; particularly in connecting with game developers and expanding his stakeholder network. Currently, the company works with global game studios and aggregates the games onto mobile operator platforms, which they would then offer to their own subscribers.

Johary is also grateful for MDEC’s continuous efforts to help grow his company’s international presence. For last year’s expansion into the US, Johary is especially appreciative of the MDEC Americas team – headed by Dato’ Dan E. Khoo – to set up a presence in Sunnyvale in the heart of the Silicon Valley.

But having founding success in planting its roots across the world, Johary is now looking back home to help grow its digital economy; which he sees MDEC as the most capable agency to do it. On that note, Johary explained that MDEC has been active in growing the visibility of Malaysian tech firms not only internationally, but between the companies themselves.

“Without MDEC, many local tech companies might have to grow on their own without knowing what everyone else is doing. The difference in the Silicon Valley is that some guys in Menlo Park will know what others in Palo Alto are doing. I think we’re seeing a shift towards a similar environment here.”

“We’re seeing a much better-structured digital economy ecosystem in Malaysia, and MDEC has been instrumental to that”, Johary added.

Playing its part to foster a sustainable tech economy, Forest Interactive has been working closely with MDEC in various CSR initiatives. For instance, Johary is collaborating with MDEC in its Intellectual Property Creators Challenge (IPCC), where he helped mentor more than 80 mobile game start-ups. He was also part of MDEC’s Digital Expert Panel, which was designed to provide advice and training to help grow Malaysian talent. 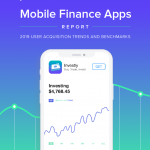 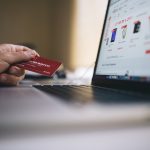