When it began operations in 1994, GHL Systems Berhad was in the business of supplying IT hardware to enterprises. With a merger and revamping of its business models over the course of two decades, the company has been reinvigorated to become the leading third-party merchant acquirer in Malaysia and Southeast Asia.

With support from the Malaysia Digital Economy Corporation (MDEC), the company is continuing to embark on expanding its regional presence to promote financial inclusion for Southeast Asia’s rapidly growing retail sector.

GHL Systems Berhad was first established by Singapore-born Goh Heng Loo. The company was primarily a hardware vendor, supplying IT products such as PCs to enterprises.

By the late nineties, the company evolved to include payments – namely by reselling payment hardware such as electronic data capture (EDC) terminals to banks and providing maintenance. While this moved help to raise the company’s value initially, a decade later GHL began venturing into its core merchant acquiring business with involvement from e-pay, an electronic payments service provider in 2010.

By then e-pay, founded by Simon Loh Wee Hian in 1999, was already Southeast Asia’s leading electronic top-up processor and the largest in Malaysia. In addition, it was also listed on the Australian Stock Exchange.

With the for electronic top-ups market maturing in 2010, Loh acquired a 30 percent stake in GHL and revamped the Board as well as management team with experienced professionals. Within two years, GHL finally managed to turn a profit after four consecutive years of losses.

Yet e-pay’s involvement was only formally ratified in 2014, when the company was acquired by GHL. With the consolidation of the two businesses, and with regional access support given by the Malaysia Digital Economy Corporation (MDEC), GHL would then embark on its journey to become ASEAN’s leading merchant acquirer.

Part of Loh’s revamped team is Danny Leong Kah Chern, who was e-pay’s Chief Operating Officer during the firm’s initial foray with GHL in 2010. In 2014, Danny joined GHL as its CEO, before later heading the company’s Group Strategic Planning and being appointed as Group CEO.

Leong started his career a telecommunications consultant with Accenture (Malaysia). He would later help establish automotive solutions and business consulting firm Adeptis Solutions and would stay on there before moving to e-pay in 2010.

Upon joining GHL, Leong was immediately tasked to merge the operations of both the company and e-pay. This was while developing strategies on raising GHL’s presence in Malaysia using both businesses’ payment services.

Leong and his team then initiated plans to work directly with enterprises by acting as a third-party merchant acquirer for banks. But acquiring big businesses was already the domain of banks, and as such GHL instead decided to reach out to smaller and medium enterprises (SMEs) – which have traditionally been under the radar of financial incumbents and have found it difficult to integrate more secure e-payment solutions.

GHL’s on-boarding process is comprehensive. The company finds the merchants and signs them up following a rigorous credit checks and underwriting assessments. GHL would then assess the type of solution needed for the merchant’s payments and supporting their settlement needs.

“We started this journey in 2015. If you looked at our plan till 2014, GHL was still very much in the business of selling payment hardware to banks and providing loyalty solutions to merchants”, said Leong.

“So, we decided to acquire the merchants ourselves and link them up to the banks afterwards. But large retailers such as Tesco would already be signed up by banks. We opted to begin by reaching out to smaller merchants instead.”

Yet onboarding SMEs – especially those outside of urban centres – was difficult as GHL had to work on increasing vendor awareness on accepting cashless transactions, particularly as their customer bases prefer using cash over cards. This was where e-pay’s role in GHL proved instrumental, as the former’s technology can draw in more customers who want to top-up their mobile reloads or pay their utility bills.

But Leong did not want to limit the potential of GHL’s services for merchants to Malaysia. He saw that his firm’s business model could be replicated across Southeast Asia – especially for SMEs which Leong sees as the pillar of the region’s overall economic growth.

“We started our acquiring business across three countries – Malaysia, Thailand and the Philippines – by physically acquiring the merchants. We had a lot of salespeople walking around the streets there to directly aske the merchants if they’d like a payment terminal.”

Today, GHL serves more than 170,000 merchants across Malaysia, the Philippines, Thailand, Indonesia, Singapore and Australia. It is also listed on the Kuala Lumpur Stock Exchange’s main board and processes over MYR7.8 billion in transaction value annually.

A key component of this regional push is the firm’s foray into FinTech solutions for merchants. namely via eGHL. The subsidiary was founded in 2013 for GHL to develop a frictionless and seamless payment ecosystem capable of meeting the evolving demands of today’s global businesses. Today, eGHL is used by merchants (big and small) in the markets GHL operates in, namely providing payments solutions, multicurrency payments as well as the ready integration of APIs and mobile SDKs.

But while Leong says GHL, for now, is firmly rooting its presence in Southeast Asia, the company in 2016 signed a landmark partnership with Alipay to tap into a phenomenon which is disrupting Southeast Asia’s tourism and retail industries – the influx of Mainland Chinese tourist arrivals.

Rolling out this next-gen offering for both offline and online merchants, GHL’s tie-up with Alipay began in Thailand and then Malaysia a year later. Since then, GHL Thailand has enabled over 900 merchant acceptance points. Meanwhile, GHL Malaysia has enabled 5,400 acceptance points in hotels, retail outlets and F&B establishments which see high Chinese tourist foot traffic.

“Alipay’s helped usher in a new era of payments. In addition to credit and debit cards, we’re now seeing uses of QR codes and e-wallets spiking up. And the change has come fast; in the span of two years, we’ve deployed Alipay in three countries – in addition to deploying 10 local wallets there as well.”

The Alipay partnerships have helped GHL link up to bigger merchants across the region. This is Alipay’s payments partners in Southeast Asia are amongst the most recognised in their markets and have access to a plethora of Tier 1 retailers. For instance, this included Touch ‘n Go in Malaysia, TrueMoney in Thailand and GCash in the Philippines.

For Danny, speed is essential for those who need to navigate the fast-moving FinTech landscape.

Stepping up e-payment integration across ASEAN with MDEC

GHL’s traditional acquiring business was mainly concentrated within the SME sector, as banks usually had more preferential access towards larger retailers. However, the entry of FinTech solutions such as e-wallets – which Leong notes that banks have been relatively slow to catch up on – has helped level the playing field. In other words, GHL now has the capacity and experience to acquire merchants of all sizes via its partnership with Alipay.

However, there is still much that GHL plans to do in the region, and this is acquiring more SME merchants in emerging ASEAN markets. While Malaysia, Indonesia, Thailand and the Philippines are quickly embracing FinTech solutions, the slower gestation periods for financial maturity in markets such as Vietnam and Myanmar mean that GHL needed to take a patient and measured approach to its expansion.

“Overall merchant acceptance is still not quite there yet. We’ve had to build awareness on how tech such as QR codes can be used for payments. So, we had to talk to our e-wallet partners about incentivising these merchants to use wallets. But this is still a journey for us, though we’re being pressure partners because everyone wants to get things done fast.”

Still, much of GHL’s regional growth would not have materialised as quickly without support from MDEC. In 2014, GHL was amongst the first ten companies to join the Global Acceleration & Innovation Network (GAIN) programme. Leong explained that his decision to join it was helped after meeting with Gopi Ganesalingam, the head of MDEC’s Enterprise Development Unit.

“At that time, Gopi just came on board. I remember discussing the programme with him over drinks at La Bodega. I was very receptive towards GAIN’s visibility plans for Malaysian tech companies, and It didn’t take long for me to agree to join in.”

This collaboration would soon bear fruit as GHL was one of the companies to join MDEC’s first mission trip to the US’s Silicon Valley where, where GHL able to network with tech giants such as Google and Facebook. On the local and regional fronts, MDEC also helped GHL connect to stakeholders which he usually would not be aware of if not for their participation in the agency’s regular immersion and market access programmes.

Having its business expansion buoyed by MDEC’s support, GHL is doing its part to give back to the tech entrepreneur community in Malaysia and Southeast Asia – to which Leong has been approached regularly by Gopi and his team to conduct mentorship programmes.

Moving forward, GHL plans to go deeper into the FinTech side of its business as the company now has more space and experience to reach out to a wider range of merchants across Southeast Asia. The company is envisioning itself to provide comprehensive offline and online acquiring services suited for merchants of all levels, and which are customised to effectively operate in the markets they are in. 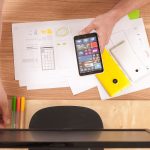 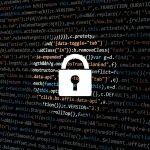