When Piktochart first opened its doors to the digital marketing world, it was being run by a young Malaysian-Italian couple disillusioned with their place in the hierarchy of big businesses.

But having successfully grown to become one of the world’s foremost visual marketing platforms – with the Malaysian Digital Economy Corporation’s (MDEC) help – Piktochart seeks to use its experience to change the way we feel about work.

The changing landscape of marketing in Malaysia

In a country where nearly everyone is connected to the internet and has an affinity towards social media, it is no surprise that digital marketing in Malaysia has grown to become an industry that is worth some USD556 million today.

As Malaysia’s high internet and smartphone penetration rates are expected to soar even higher, the days of traditional marketing – which, paradoxically, still accounted for most of the advertising expenditure in Malaysia last year – is becoming numbered, with digital ads gaining more traction with consumers young and old today.

This growth has also precipitated demand in visual content that can effectively engage audiences; with one of the most vital tools today being infographics.

Piktochart – a young start-up based in the small isle of Penang located off Malaysia’s west coast – is championing Malaysia’s capabilities in visual marketing by creating an innovative infographic tool that is not only gaining plaudits locally, but from international users which include Ivy League educators and product managers from leading multinational firms.

After helping to display the capabilities of Malaysian entrepreneurs on the world stage, Piktochart co-founder Goh Ai Ching – with the support of the Malaysia Digital Economy Corporation (MDEC) – is now on a mission to help bring much-needed transformation to Malaysian company culture.

In the late 2000’s, Goh was feeling unfulfilled in her corporate advertising role at a leading global conglomerate. After spending 15 months in the job and realising that she was not the best fit for the company’s corporate culture, Goh decided to leave.

“It wasn’t so much to do with the fault of the company itself – rather that an individual like myself wanted to perform well, but at the same time, not feel like I was an outcast of sorts”, said Goh.

But after spending some time afterwards to survey other options, she decided against joining another corporate organisation, as she saw that the culture at other similar companies differed little from her previous employer’s. Goh then realised that if she wanted to work in a collaborative environment which people would love to work in, she would have to create it herself.

Inspired by the nascent successes of tech start-ups at the time, Goh spent the following years searching for a way to nurture her entrepreneurial passion. Due to her professional experience and her keen interest in design, she realised that content will play a massive role in the future marketing ecosystem.

“The advertising work that my previous employer did was largely traditional. They were mostly focused on TV and magazines – avenues which smaller companies cannot afford to invest in and which are largely reserved to the rich and powerful of the world.”

While the sort of content Goh’s first business – which she initiated with programmer and husband-to-be Andrea Zaggia – largely comprised blog articles, she would then move it to focus on creating visuals; especially infographics as she found that they could effectively present messages in a concise yet attractive manner.

“After learning Photoshop for a while, I went to Andrea and asked him: why don’t we try build this thing up? We then joined an accelerator and tried to put the whole idea together to create a prototype.”

Today, Piktochart has been used by more than 11 million people worldwide and has grown to become a semi-distributed team of 53 team members.

The platform – described by Forbes Magazine as an infographic tool for those in a time-crunch – allows users without intensive experience as graphic designers to create professional-grade infographics, presentations, flyers, posters by using templates.

Although it is now a widely-regarded industry standard that is used by leading companies and institutions across the globe, Goh and Zaggia spent Piktochart’s early years grappling with the challenges of managing a business; namely familiarising themselves with key fundamentals such as finance, legal matters, marketing and customer validation. At the same time, Goh needed to learn digital marketing from scratch.

“My old job provided me with exposure towards ROI projections, brainstorming, creating user personas and market research. From a start-up perspective, however, you don’t often enjoy the same level of accuracy in doing those.”

For first-time entrepreneurs such as Goh, failure is part and parcel of the growth process.

When considering how to build Piktochart’s company culture, Goh made a conscious effort to do the exact opposite of what she learned before. The only exceptions were her previous company’s one-on-one sessions with staff (which Goh noted helped her a lot personally) and the company’s propensity to hire highly talented people.

Goh took this a step further by espousing a company culture that is open, flat and highly communicative.

“I’ve been very transparent with company news. In the beginning, when I would go out for meetings, I’d come back to the office and share my worries about the company’s survivability. Back then, there was so much anxiety whenever I went out for meetings; on whether the pitches went well or if the business is gaining more traction.”

Yet the scares were for nought as, after its first year, Piktochart’s subscriber base grew to more than 70,000 worldwide. Although they had room to grow even further, Goh noted that one of her fondest memories was celebrating the milestone with a company dinner with the 10-strong staff they had at the time.

In terms of office harmony, Goh explained that – apart from hiring talents with varied skillsets – it is also vital that new hires fit the company’s culture to avoid unnecessary employee attrition and waste resources on retraining fresh staff multiple times over. But while many companies are mostly paying lip service when describing their company culture, Goh stressed that culture fit to an organisation is just as important as technical proficiency.

Despite Piktochart only joining the Global Acceleration and Innovation Network (GAIN) programme a couple of years ago, Goh said that MDEC has been highly supportive of the company since its inception, with multiple representatives regularly visiting at different points of Piktochart’s growth to ask about their scaling challenges.

Goh is especially appreciative of MDEC’s help in administrative matters such as payment gateways. “Earlier on, we faced several issues in our payment gateway, as local regulations made it difficult for companies like us who are collecting payments in US dollars to operate in Malaysia without suffering losses from foreign exchange rates. We leaned on MDEC as they were in the best position to advocate the welfare of the start-ups based here.”

Although Piktochart’s mixing of local and foreign talents has helped the grow the company to what it is today, Goh hopes that more could be done to nurture homegrown capabilities for the digital economy.

“For me, the biggest and most important thing is to have organisations focus on training talent that can be better than ones before as that would really help our talent ecosystem for start-ups to mature.” 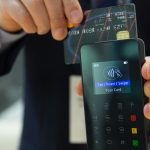 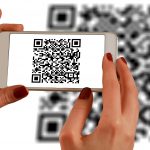