SKILLSHARE, the ​online learning community​ with thousands of classes in creative, business and tech disciplines, today announced it has closed $28 million in new financing. The new round includes $20 million in equity funding as well as $8 million in venture debt. Union Square Ventures, who previously participated in Skillshare’s earlier funding rounds, led the equity portion of the financing. Also participating were Burda Principal Investments as well as existing investors Amasia and Spero Ventures.

Skillshare will use the financing to accelerate growth and expand its learning ecosystem, which serves the growing independent workforce. “Over the last twelve months the company experienced greater than 100% revenue growth, much of which was driven by the ‘Independent Class’ – a group made up of the fast-growing freelance workforce as well as entrepreneurs and other independent-minded individuals who realize the necessity of continuous learning in today’s rapidly changing economy,” said Matt Cooper​, CEO of Skillshare.

Of late, that thriving online community has become increasingly global as well. ​Asia, particularly, has shown huge potential, with paid members from the region growing by more than 400% over the last eighteen months. ​“​Today over 40% of Skillshare’s new members are outside the U.S., almost entirely through word-of-mouth awareness,” said Ramanan Raghavendran​, managing partner at Amasia, which led Skillshare’s Series B and participated in this latest round. “There is enormous and barely-explored demand for online education in markets outside the U.S., and the opportunity these markets represent is one of the major reasons we’re so bullish on Skillshare’s prospects going forward.”

Currently, Skillshare’s platform boasts over 5 million users and over 20,000 classes taught by a network of 6,000 experts across dozens of fields. “Skillshare’s subscription model and affordable price make its ever-growing catalog of classes broadly accessible,” commented ​Albert Wenger​, managing partner at Union Square Ventures. “That’s a powerful model as it keeps the price of marginal usage at zero, allowing members to try classes risk-free and explore new paths of learning across a wide number of disciplines. In that regard, it’s like a Netflix for learning. Additionally, as Skillshare’s member base has grown, its platform has begun to evolve into a thriving online community where members gain value not just from taking classes, but also by collaborating and interacting with each other.”

Skillshare raised its Series B round in May of 2016. To date, the company has raised a tot​al of $42 m​illion in equity financing.

Are Our Restaurants Getting Smarter? 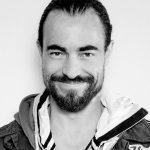