For the longest times, satellite phones have been pricing out of the everyday consumer. While limited demand plays a part, the biggest contributor is the complex technology involved to make a satellite call. The confluence of signals of satellites in orbit and of ground-based phonelines makes it a costly endeavour and usually one undertaken by professionals such as those working in emergency response units.

But what if we had the power of a satellite phone available at our fingertips? Particularly if the worst should happen and we find ourselves in a position where satellite technology can help save someone and you don’t have time or the means to seek proper help?

Unlike its more traditional predecessors, the XPLORE X7 is a consumer-oriented device that puts a smartphone with satellite communication capabilities in the hands of people without having to spend a fortune. Simultaneously, it fills the crucial need of satellite smartphones for use throughout the world especially in remote areas where telecommunications infrastructure is not accessible, especially during natural disasters.

And the phone is loaded with a bunch of distinctive features that can attract even the most discerning of tech junkies. Apart from its 98 percent global coverage with 4G world connectivity, the XPLORE X7 also has superior camera imaging, emergency button, a long-stamina battery, global 2-way messaging with encryption, IP67-rated waterproofing as well as professional SOS monitoring, private communication, tracking and sharing.

A first for not only the world, but also for Malaysia as it seeks to reinforce its growing reputation as one of Asia’s leading tech hubs. As such, the XPLORE X7’s launch was accorded the right fanfare as it was held at the auditorium of the government’s Malaysian Global Innovation and Creativity Centre (MaGIC) in attendance of notable state leaders such as Dr. Wan Azizah Wan Ismail, the Deputy Prime Minister of Malaysia.

A New Revolution in Pain Measurement and Management with AI 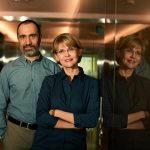